Centerpiece of the Versio.io CMDB (configuration management management database) are the instance viewer and the item history viewer.

The instance viewer provides you with an overview of the different entities with their corresponding instances. Instances of one entity are highlighted by the same color and icon to support a clear structure which can be individually adjusted in the settings.

The entity groups make it easier for you to quickly select different entities in the instance view which can be individually adjusted in the settings too.

From here you can select any instance and go to the instance history viewer to view all details of the selected instance. 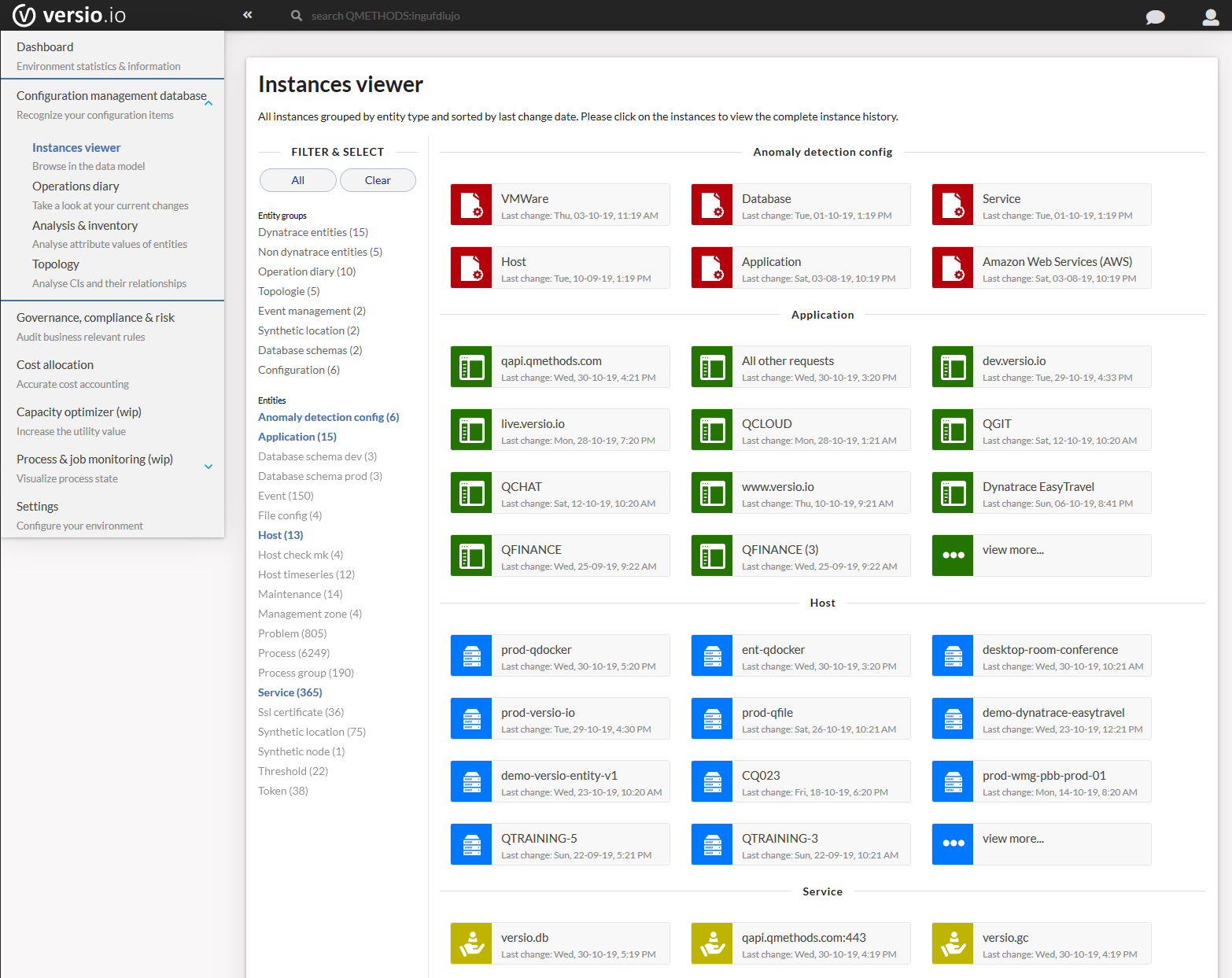 The instance history viewer gives you a detailed view of all information about the instance. This includes the metadata of an instance, the current state of the instance, all state changes of the instance since its existence and the relation to other instances. It is possible to adapt the colours to individual wishes. 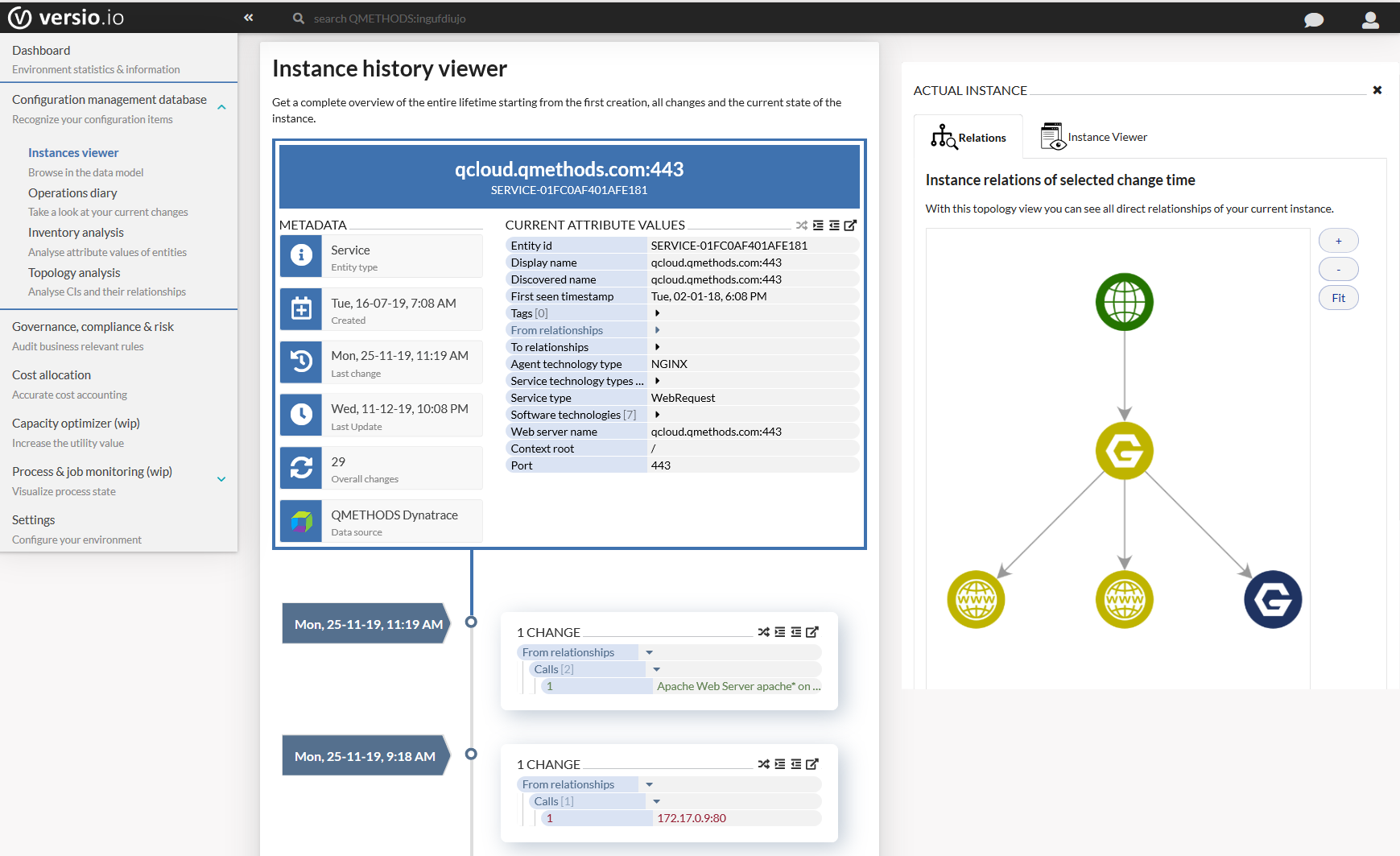 The instance object viewer provides you with a detailed view of each instance change. A change comprises a new version of an instance whose attribute values have been modified. 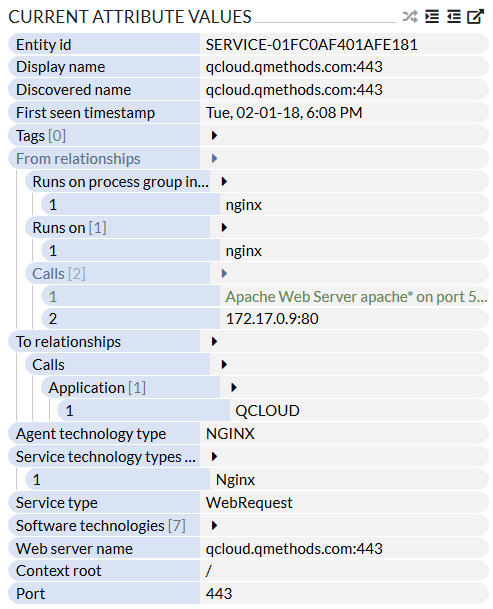 The data source of the instance is also displayed. With the appropriate configuration, you can jump directly to the third party system of the data source at the corresponding location using a deep link.

In Versio.io instances can have relationships with other instances of the same or other entities. In the instance history viewer all directly referenced instances are visualized.