The enterprise software solution Versio.io is based on historicized topology meta data, metrics and configurations of IT monitoring to support your IT operations team. Versio.io accesses the data from your IT monitoring product and determines the modifications of monitoring entities (e.g. host, process, service, application etc). With Versio.io you gain a deep insight into the change history of each entity as well as the specific modified attributes of each change.

The Versio.io CMDB model is multi-client capable meaning that your data is always assigned to one environment. Users from other environments cannot access your environment if they do not have the permission. The Versio.io CMDB denotes the configuration item type as entity (e.g. host, process, application, threshold). Your environment is not restricetd in the number of entities.
The CMDB configuration items are comprised of instances and their changes. For each entity you can save as many instances as you prefer including their specific attribute values. The saving of one instance is represented by one change. 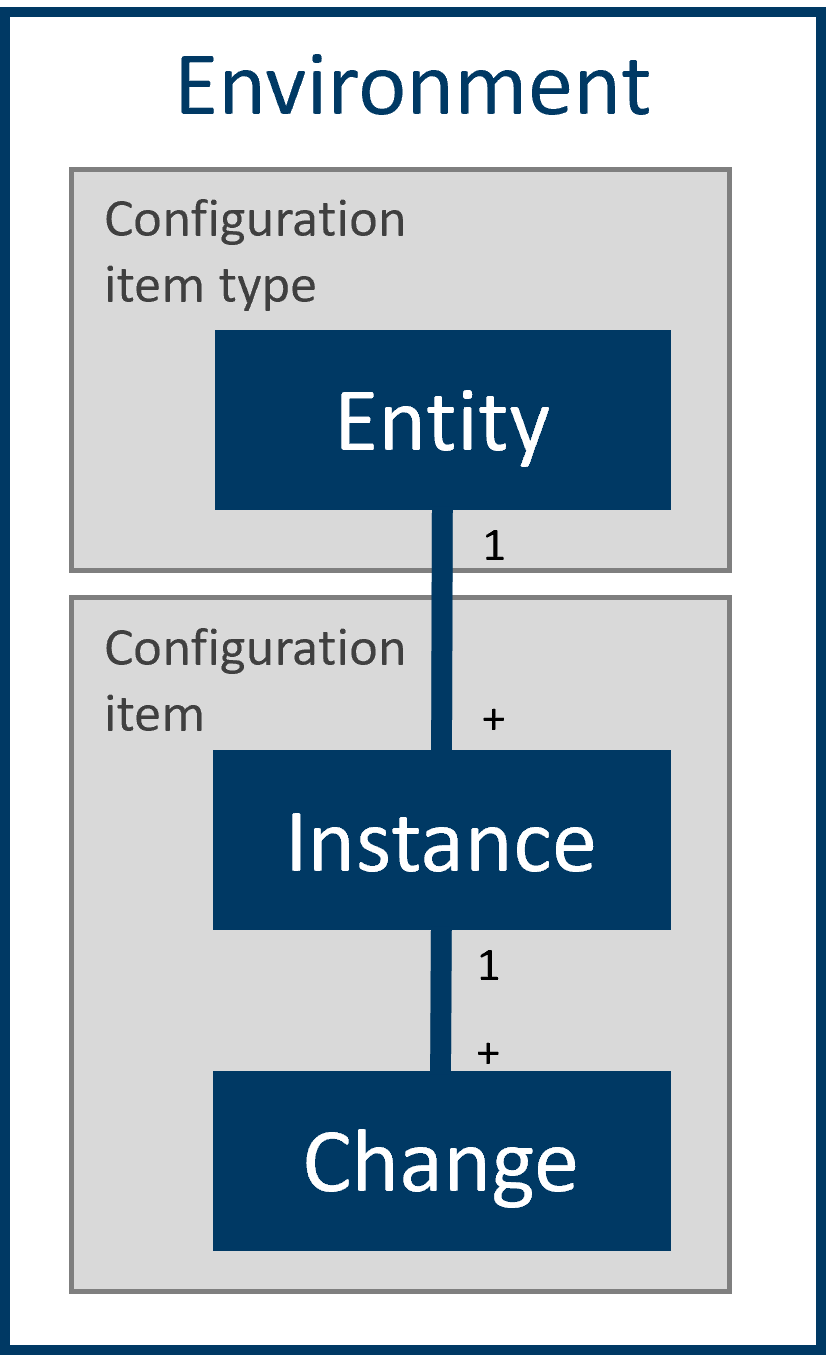 The core concept behind Versio.io is a temporal database. Versio.io gathers all imported data and stores them by synchronizing the the new data with the existing data in the database. The Versio.Database notices any data changes and stores them keeping all previous versions in its database. Older versions remain visible and can easily be tracked as any change is listed chronologically in a timeline.